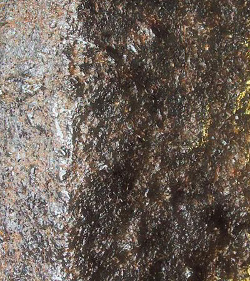 A statue of concrete that had been cast in a hole in the ground in analogy to the casting of bells was gold-plated live. While the artwork of Philipp Morlock, which resembles a pedestal without monument, was improved, the two musicians Volker Hartmann-Langenfelder and Flo.Huth and the dancer Dorothea Eitel alluded to Heiner Müller's Hamlet machine.

The gold plating was sponsored by Theuer & Scherr (Friedrichsplatz 19, 68165 Mannheim)

To the sound track of GOLD:

Excerpts from the sound track can also be found at facebook

GOLD at the Turley Thursday Mannheim