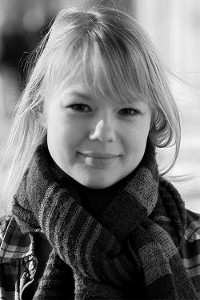 Katrine was born and raised in Denmark. She has been dancing all her adolescent life and decided to move to Berlin to pursuit her passion as a contemporary dancer.

Since she has finished her bachelor's diploma, Katrine has been working as a freelance dancer, mostly in Germany, but also around the world.

Katrine has appeared at various theatres in Germany, sometimes also with her own pieces. She has been playing at Hannover Staatsoper, Staatstheater Darmstadt, Oper Köln, Ufer Studios Berlin, Brotfabrik Berlin, Mörgens Theater Aachen and many more. At the moment she is performing at Theater Aachen as Graziella in West Side Story.

Through her own work and participations in workshops (Johannes Wieland, Evangelos Paulinas, David Zambrano, Stella Zannou), Katrine keeps on learning and developing herself as a dancer and person.