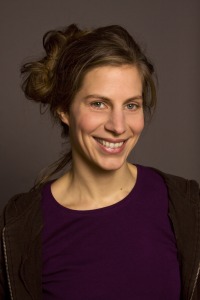 She works as a free dancer, choreographes and dances her own plays. Together with Maike Hagenguth she forms the artistic union ECHTZEIT. Currently she works on the project 'Stirb und Werde' - a staging that focuses on the topics mortality, evanescence, time and resurgence.

She is a free member of the compagnie 'aquanaut', which combines artistic dance theater and New Circus and includes a tour on a sailing ship performing the plays 'after the apple' (2007) and 'pirate queens' (2009) in German and Danish harbors.

Since 2009 she is part of the Company urbanReflects.

In 2008/2009 she performed in the full-length, genre spanning play 'beyond' under the choreographic direction of Doro Eitel.

She is on the search for moments where well-known limitations are dissolved, where there is an interaction between a person and another person, a person and a substance, a person and nature, an artist and an audience.